Tuesday Poem: I'm sorry, there can be no poem on a day like today.

I have no poem this week.
There was a poem all scheduled to go - and it never showed up for which I am grateful because after the events of today, technically yesterday, my only thoughts are that the rescue efforts in Christchurch go well, and that all the people who are affected by this terrible event at least find some solace in each other.


Hopefully I will find a site of links for donations - but the one I found earlier was for 2010 and it might not still be relevant.   I'll put it up later, right now all I can think about - all anybody can think about is the human impact.

Bless you all.  May your families be safe.

I-site - apparently is organising accommodation - but presumably you would have to ring your local one.

There are many others   http://www.nzherald.co.nz/nz/news/article.cfm?c_id=1&objectid=10708187&ref=facebookheadlines   - these should be good - but do be very careful about any others because there are apparently already scammers out there trying to cash in on the disaster.   - http://www.stuff.co.nz/business/money/4694565/Quake-donation-scam-surfaces.

She danced among the coins, oh.
Spinning to the jingling, oh.
And jangling
At her feet.

Yet she cared nought for suitors, oh.
Never heard their sighs, oh.
Didn’t see the hearts,
That lay trampled on the street.

Don’t cry for the girl, oh.
The suitors as they sigh, oh.
The rags as they fly, oh.
Just listen to the song as they dance on down the street. 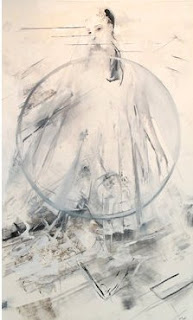 Ok so it's Valentines day, or so close to it you're still sneezing from the flower pollen, so here it is - probably my most romantic poem :)
Originally it was a shape poem - I've  focussed more on the sound since then - but you can still just see the slim waist and a skirt that flies out as the girl spins around with abandon as she dances.

P.S. I found it particularly hard to find a decent uncopyrighted picture of dancing feet that looked right, and not all pigeon toed or ballet dancery - and then I tried to find a dancer that looked even vaguely right without infringing copyright and had to give up - but I did find those lovely painting of Cherie Knott's, and I know she won't mind that I'm using it.

It's a Wild Market 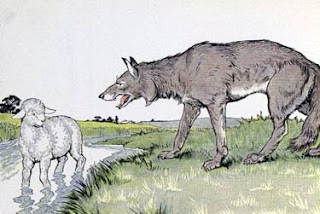 Jabberwocky, from through the looking glass read by

Twas brillig, and the slithy toves
Did gyre and gimble in the wabe;
All mimsy were the borogoves,
And the mome raths outgrabe.

“Beware the Jabberwock, my son!
The jaws that bite, the claws that catch!
Beware the Jubjub bird, and shun
The frumious Bandersnatch!”

He took his vorpal sword in hand:
Long time the manxome foe he sought—
So rested he by the Tumtum tree,
And stood awhile in thought.

And as in uffish thought he stood,
The Jabberwock, with eyes of flame,
Came whiffling through the tulgey wood,
And burbled as it came!

One, two! One, two! and through and through
The vorpal blade went snicker-snack!
He left it dead, and with its head
He went galumphing back.

“And hast thou slain the Jabberwock?
Come to my arms, my beamish boy!
O frabjous day! Callooh! Callay!”
He chortled in his joy.

’Twas brillig, and the slithy toves
Did gyre and gimble in the wabe;
All mimsy were the borogoves,
And the mome raths outgrabe.

Alright - everything past this point refers to a version that has been removed - the current one is apparently read by Benedict Cumberbatch - it's nice and smooth unlike some versions which seem overly gutteral to me.


What can I say?  This is a beloved poem, and I've been biding my time for a whole year because last year somebody else pipped me to the post - but not with the dulcet tones of (someone imitating) Charles himself reading the poem (wrong - part of me is pleased because a couple of words I'd have pronounced differently - but part is annoyed - and embarrassed - but then it's a good lesson to remember that even when it doesn't really seem to matter - and there are no commercial interests involved - you should always check your facts on the internet) .  Anyway -Now there can be plenty of arguments about pronunciation!

Not sure what makes this poem so beloved, but  was so absolutely besotted had to take said poem and turn it on its head. Elegy for Jabber. 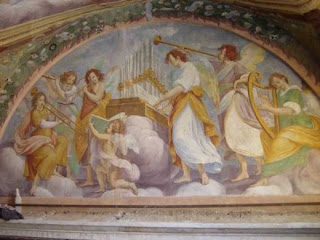 Say all is right with the world:
It's such a beautiful lie,
Why should it not
Arrive
With pearly wings
And trumpets
From a blue, blue sky?

Say you know the truth:
It's such a fabulous lie,
Why should it not
Announce itself
With a sequined dress,
A coach,
And four footmen?

Say you didn't mean to:
Now that's just squalid,
Divine intervention and
Fairy tale splendour
Will not mask
The ugliness
Of that lizard 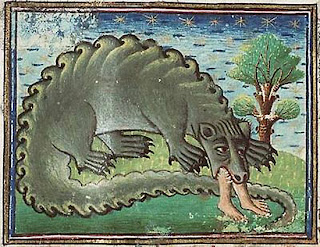 For more fairytale poetry click here to my Fairytale Poetry Hub
Posted by AJ Ponder at 1:33 AM 3 comments: