This carefully crafted piece may not be everyone's idea of a poem, but I believe it is, it is rebellious, hopeful, generous, and inimicable.  So without more ado - Ursula Le Guin's acceptance speech for the National Book Foundation's Medal for Distinguished Contribution to American Letters. The transcript is below - but hearing it - that is the thing.

"Thank you Neil, and to the givers of this beautiful reward, my thanks from the heart. My family, my agent, editors, know that my being here is their doing as well as mine, and that the beautiful reward is theirs as much as mine. And I rejoice at accepting it for, and sharing it with, all the writers who were excluded from literature for so long, my fellow authors of fantasy and science fiction—writers of the imagination, who for the last 50 years watched the beautiful rewards go to the so-called realists.

I think hard times are coming when we will be wanting the voices of writers who can see alternatives to how we live now, and can see through our fear-stricken society and its obsessive technologies to other ways of being - and even imagine some real grounds for hope. We will need writers who can remember freedom. Poets, visionaries - the realists of a larger reality.

Right now I think we need writers who know the difference between the production of a market commodity and the practice of an art. Developing written material to suit sales strategies in order to maximize corporate profit and advertising revenue is not quite the same thing as responsible book publishing or authorship. (Thank you, brave applauders.) Yet I see sales departments given control over editorial, I see my own publishers in a silly panic of ignorance and greed, charging public libraries for an ebook six or seven times more than they charge customers. We just saw a profiteer try to punish a publisher for disobedience and writers threatened by corporate fatwa, and I see a lot of us, the producers who write the books, and make the books, accepting this. Letting commodity profiteers sell us like deodorant, and tell us what to publish and what to write. Well... [I love you, Ursula!]  (I love you too, darling.) ...books, you know, they’re not just commodities. The profit motive often is in conflict with the aims of art. We live in capitalism. Its power seems inescapable - so did the divine right of kings. Any human power can be resisted and changed by human beings. Resistance and change often begin in art, and very often in our art - the art of words.

I have had a long career and a good one. In good company. Now here, at the end of it, I really don’t want to watch American literature get sold down the river. We who live by writing and publishing want, and should demand, our fair share of the proceeds. But the name of our beautiful reward is not profit. Its name is freedom.

Have a great week - and for more poetry the Tuesday Poem hub is always full of surprises.


There's life on one side -
on the other there is death,
so where were you
when I took my final breath?

The bricks have all been broken
& the mortar's mortal set -
but where were you?
What - did you think you'd get

to say all your last goodbyes
after the bird has flown the coop
and the snake is at the door?
Or do you think you can just

sloop off and never see the sign,
the solid staff
the snakes entwine
the silent epigraph

that's carven on the wall.
Yes, there was a time
when-
but now that time is done


where were you,
my love-
my dove-
When the walls came down?

A.J. (demolished chimney shots will hopefully be put into this post tomorrow)

It's been a fantastic week, busy, busy busy, with a great launch of Twisty Christmas Tales and some fantastic reviews - including - KidsBookNZ "Three excellent anthologies for children" So why not have a little twist on the festive season this year with Twisty Christmas Tales: available at good book shops and on Amazon  http://www.amazon.com/The-Best-Twisty-Christmas-Tales-ebook/dp/B00OWXKEAW


The Tuesday Poem, is a great source of poetry from NZ and all around the world, why not stop by and see what it has to offer at www.tuesdaypoem.blogspot.com

did i hear your footsteps
o prodigal son? 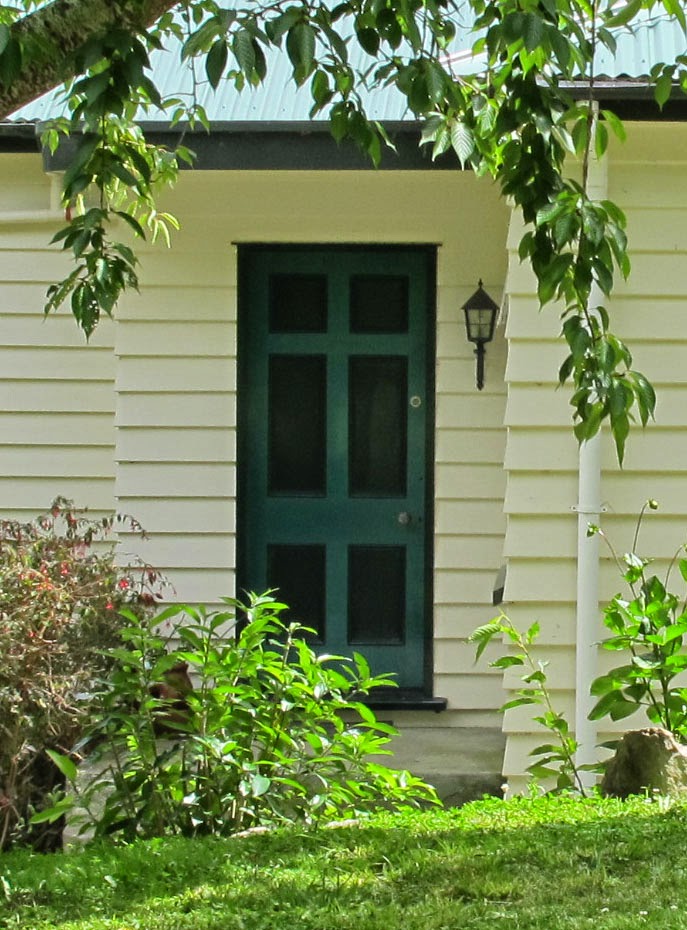 i glanced out the window
but your vision was unclear

were you standing at the door
or lying far from here?

-The hunter long since hunted
and the race was overdone

the requiem is missing
and the eulogy's been sung-


Yes I'm back! And with a poem, I really like this one (am I allowed to like my own poetry?) It means things to me, I hope you find meaning in it as well.

It's so good to be back after an all too busy time, a few deep breaths, a goodbye, and next week perhaps a hello to the future and a return to the fantastical! :)

So see you some time in the future, where you may find there's been some trouble with time machines :) But for poetry now - you can't beat the Tuesday Poem.

Watch out for Wizard’s Guide to Wellington

Warning! Wizard’s Guide to Wellington is now available on  Kindle 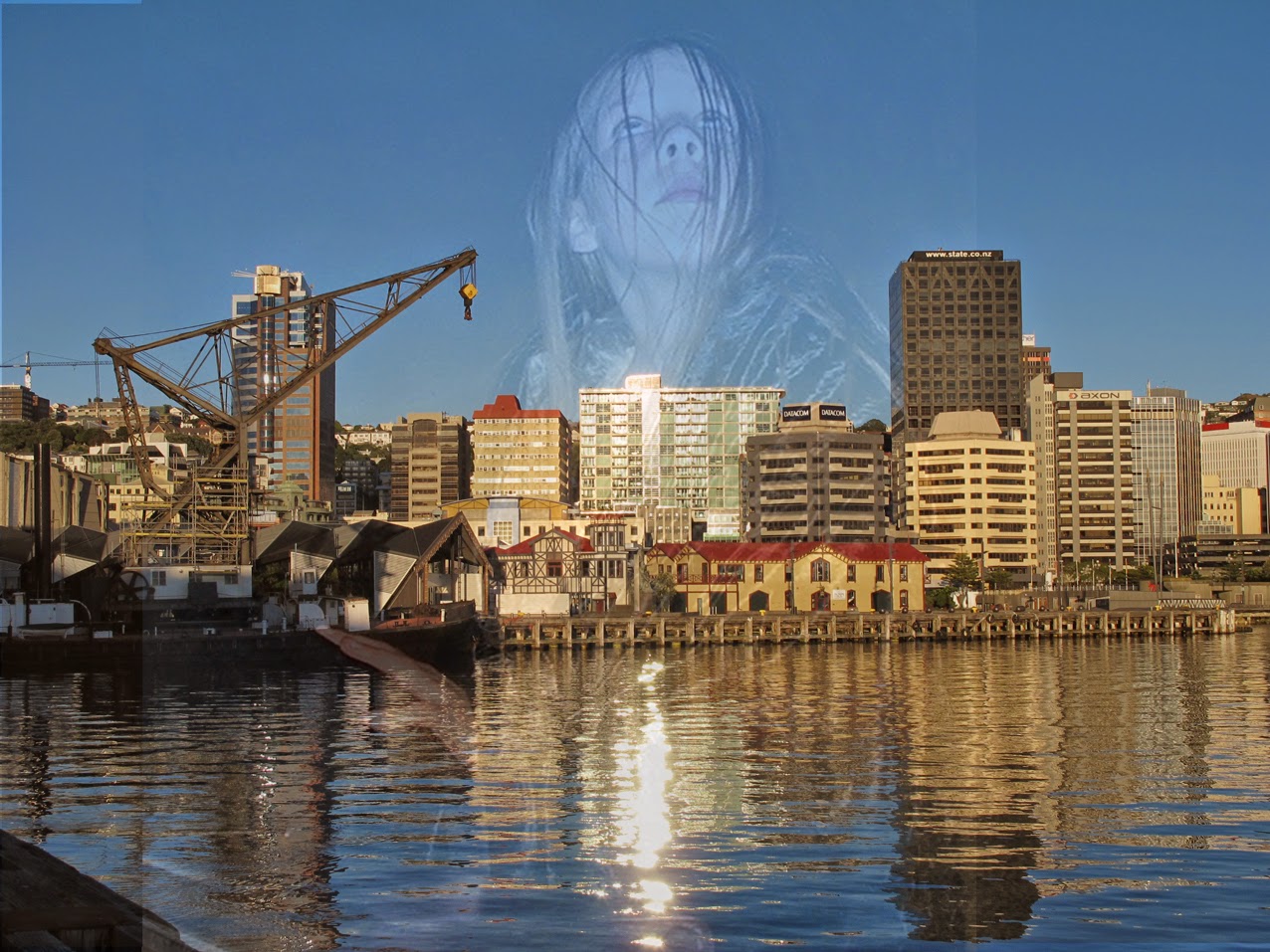 Yes, you no longer need to be in New Zealand to explore the magic of Wellingtowne. All you have to do is pop over to Amazon to order yourself and your friends a copy of this family friendly adventure.

Alec finds a magical book, “The Wizard’s Guide to Wellingtowne,” lying in the corridor of Wellington Airport. But it doesn’t help answer his questions. Where is his father? Where is Perrin, the mysterious English cousin they were supposed to be meeting? And, most importantly, am I going mad, or is someone playing practical joke?

Perrin arrives at “Wellingtowne Airport” only to discover, Ike, her cantankerous wizarding guide had disappeared. She has been warned abut the dangerous city of “Wellingtowne,” but when she sets out to find her missing uncle, she has no idea just how dangerous it is going to get.

Two cousins from different worlds must rescue Wellington from wizards who wish wake a very dangerous taniwha. (If you're not from New Zealand, a taniwha could be best described as a dragon, not so much a modern dragon, but an old fashioned wyrm, and this one is more than troubling because it is the size of a mountain...)
(paid link)