My Children's books are below the Quest Series! 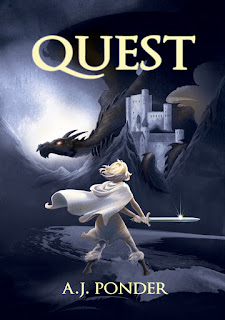 Sylvalla escapes Avondale castle and the life of a princess, in search of the adventure she’s always wanted.

Once found, adventure bites back.

Fortunately, she is not alone. Unfortunately, her new-found companions are less than heroic. Jonathan would rather make money. Dirk would rather live a long and happy life. And at 150, old Capro would rather stop gallivanting, and harangue unsuspecting wizardry students about his glory days over a nice cup of tea.

Quest has everything—heroes, monsters, chases, escapes and a complete lack of true love.

Are you ready for adventure?
Princess Sylvalla is more than ready. She's faced dragons and proven herself a hero - but her greatest trials are about to begin. Phetero, the king she accidentally kidnapped, is determined to have vengeance - and the threat of marriage to Prince Francis looms. Francis may be sweet, have proven he can draw swords from stones, and be the only prince in all the Seven Kingdoms who will have her, but Sylvalla is not a willing bride.
Terrifying as it is, the threat of marriage becomes the least of Sylvalla's problems as King Phetero's grudge turns from war into something more sinister. The prophecies are dire, but what help can they be against the ancient horror King Phetero plans to unleash?

If you're a fan of Terry Pratchett's Colour of Magic, William Goldman's The Princess Bride, or Diana Wynne Jones' The Tough Guide to Fantasyland, you'll love this new adventure by Sir Julius Vogel Award winning author, A.J. Ponder. Get your copy today. 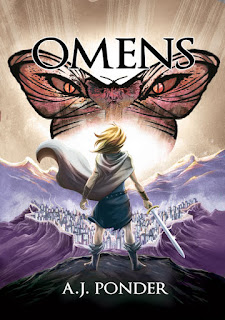 Sylvalla would rather fight dragons than fuss over politics. As the unexpected queen of two kingdoms, her newfound power is making the neighbouring kings nervous. One by one, the kings fall for Sir Arrant’s offers of power and the beguiling butterfly jewels he offers in exchange for their alliance.
Determined to save her kingdom, Sylvalla will try anything, including diplomacy. Meanwhile, back in Bairnsley University, the wizard Jonathan and his father discover the evil Dothie has freed the Nameless Gods—gods that are determined to destroy the one person that stands in their way.
Can Sylvalla save Avondale? Can she save her people, her brother, or even herself, from the demons who would possess them all?

To find out, get your copy, today.
Or find out more about this series, on my website, ponderbooks.com

Frankie wants to be a famous inventor, but her inventions always get her into monster trouble. Perfect for aspiring inventors, scientists and dreamers. A novel created from 14 short stories and 14 Monster Invention Logbook entries, it includes the Sir Julius Vogel Award winning Frankie and the Netball Clone.

See a review of Frankie by a young scientist.
Buy now

Attack of the Giant Bugs

YOU are Greenville’s only hope. You choose which path you take. You can fail your mission or succeed your wildest expectations. But beware, within these pages lies great danger – giant bugs, ants, ladybirds, praying mantises and more. You might come to a grizzly end, or be transformed but whatever happens a real hero keeps fighting, even after they fail.

Buy now or find out more about Attack of the Giant Bugs and my other mad science books here!

Miss Lionheart and the Laboratory of Death

Hijack yourself into mad scientists' territory, duck the gelignite, avoid the Acme fuses. Do whatever you need to, just make sure you don't miss out — it's more than your life is worth.

A mad romp into the dangerous world of evil genius, super spies, and dangerous designer animals.

Reviews
"I wish this book had been written when I was younger" & " A must-read for precocious pre-teens" Lee Murray
"a fun read for any YA mad scientist, secret spy, or evil super-villain" PD Friend
"Packed with ingenuity and exciting twists" Michelle Child
Buy now- available wide.

An adventure for the young at heart through Wellington City, including Miramar, Eastbourne, and the Wellington Waterfront.

Ghosts, taniwhas, magic … and a warning: “Bad men watch you”. Something is very wrong, and it’s up to the two cousins to rescue Wellingtowne and Wellington.

“Alicia Ponder has conjured a whirlwind of wizardry that will have you reaching for the nearest broomstick in this delightfully wild and unpredictable tale of magic, monsters and mayhem.”
Emanuel E Garcia