It's the old tug of war,
left vs right
us vs them
Except someone's found a tractor
and set the field on fire

I've never been very good at standing, either
but now the heat's on
are you worried we'll make it-
left, right or in the middle?
Authoritarian or liberal?

Where do you stand?
And who stands with you?


To find out, why don't you take the Political Compass Test https://www.politicalcompass.org/test
For many it is an eye-opener, it's easy to believe you're more moderate than you are, that a party is left leaning, when it is really right leaning, or a party is libertarian because they are against taxation.

Now while you might not agree with everything in it, it does seem to work, and is a ready frame-work to compare countries, parties and even movement over time. For NZ, US, AU, UK, DE, and more.

Have a great week people, let's hope we can all pull together and put out the flames. :) 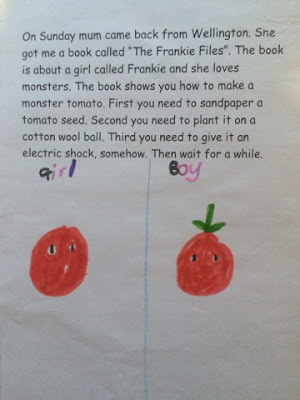 Apologies for the lack of a poem this week, we're going into an election at the moment in NZ and it's seriously tense, will we have Green policies, or not? Will we have fiscally sensible policies, that come from a deep understanding of how poverty and homelessness are expensive? Or giveaways just to look good, but not actually fix the problem?

Who knows. But what I do know is our kids are amazing, and their future is worth fighting for. Also this is just a cute little review of my book The Frankie Files.

This was originally called Blue-Green World, but as that currently has political connotations, I decided to change the name to Goldilock's Jewel.

There's a blue-green pearl
dancing through
the darkest night
lit by
distant stars, and
whirling in the
tight embrace of the sun.

Its lustre
a blanket
barely 300 miles thick
stands between us
the dark of night
and the tight embrace
of the sun.

Worth celebrating the world today, because why not. How can we look after it, if we can't appreciate it?

Whose World is it, Anyway? Only we're not talking about
who gets the credits -
or the last word.

It's not like we can escape
the gas that's seeping,
or the oil you're sweeping
under the stage

Not to mention the
loose wires,
the smouldering fires
and the sprinklers set to Climate Change.

Come on, guys,
it's too late for improv
and some nob
spouting metaphysical
"what's real, anyway"
bullshit.

This is a crisis.
We're dying down here.
Overheated,
poisoned
and drowned in
endless
obfuscating
babble.

You can't make these things up
and not even Josie or Sandi
can balance the obvious bias.
We need the audience
in this game,
pointing out
the facts.
This theatre,
this game
was never about the points,
it was about having the time of our lives.

A piece inspired by a right wing "libertarian" who insisted that facts don't matter so much that I couldn't help but think of Drew's famous line on Whose Line is it Anyway, "Where everything's made up and the points don't matter."
Who knows what we're meant to do with these people who fly into endorphin releasing righteous indignation any time the lies they base their lives on are threatened - Seriously, what are we meant to do with people whose opinion can't be swayed by facts, and who've ensured that, by simply refusing to believe that facts are a thing?


BTW the clip opposite has been captioned many times, you'll find most of them by searching the slogan. Where everything's made up and the points don't matter. so here's another one, because the meme is so screamingly obvious, the U.S/America line had already been taken.
#posttruth

Have a great week,
And never take a good fact for granted ;)