Home on All Hallows Eve

For this is the day where evil plays
And the young are found on the street
To be carried away for a night and a day
By the rotting allure of the sweet.

You are not my nightmares fair
Just battering chattering ghosts
So take your tithe and skip away
Wondering who's bagged the most. 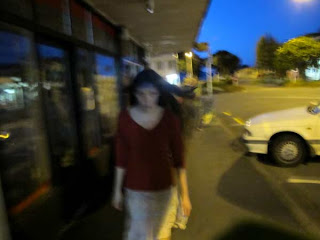 Quickly wrote this today after Halloweening with the young ones.  Well,  when I say young - I mean my (cough) teenagers, and when I say Halloweening, I mean going out with friends and having a nice time waiting for the trick and treating to finish.  It seemed so civilised.  So much better than waiting at home wondering when they're finally going to get back or traipsing up and down Muritai Rd with teens whose best excuse for trick or treating is that they're "looking after" the young ones.  Hmmm.
Anyway - I hope everyone had fun and you're not left at home with more sweets than you know what do with.  Until next year :)


This little piece of trouble has allowed me to use her photograph.   Thank you Illyria from Angel, you look awesome!

Email ThisBlogThis!Share to TwitterShare to FacebookShare to Pinterest
Labels: All Hallows Eve, Halloween, Trick and Treating. 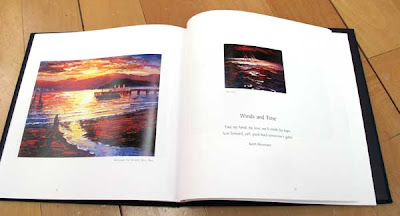 Throughout our lives blow many winds and gales.
Tomorrow’s forecast is for dangerous gales.

Loved ones and their dreams are drowned at sea
when storms cause ships on shoals to sail.

At night, the moon is lashed by trees
while men go mad from days of nor’west gales.

Wind on sand makes seas of crescent moons
and sand on winds of time all life assails. 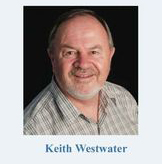 I have always had a soft spot for Keith Westwater's poetry ever since I saw this very poem "Winds and Time", I remember being so excited - and especially by the last two lines.  So excited it was easy to choose them for a favourite painting on Richard Ponder's Caught on Canvas.  I was so excited to find the perfect fit - his words just resonated.  Now the poem has been updated, and I am find I am still drawn to his use of language throughout the poem with such beautiful lines as - "Wind on sand makes seas of crescent moons." 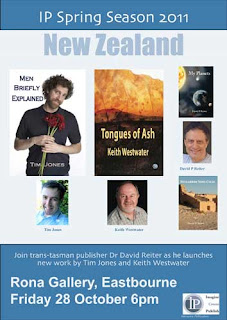 Although my favourite lines are - even after all this time, and a little tweaking you might not quite see -  those two final lines, they are so powerful they still make my soul sing.  So thank you Keith and congratulations on winning  Interactive Publications' 2011 IP Picks Best First Book prize for "Tongues of Ash."

"Keith Westwater's poetry arises from his appreciation and love of the New Zealand landscape. Well-travelled throughout the land, the poet evokes memories as he revisits places invested with emotion, history and spirituality."

So that is why I'm particularly looking forward to Keith 's book launch at Rona Gallery - where he is going to be launching "Tongues of Ash" alongside "Men Briefly Explained" by the accomplished writer and poet and winner of the 2010 NZSA Janet Frame Memorial Award for Literature - Tim Jones.  Tim Jones' book "Men Briefly Explained" has been described, and rightfully so as - "Thought-provoking, impertinent, irreverent, witty, startling, this collection will have you mesmerised from start to finish."

If you can't make it to Rona Gallery because you live in another part of the country this facebook site has a list of the venues.

Enjoy your week, I know I will

Please note this is a shape poem so it shows up weirdly when squished so please click on the title.

We all heard
Humpty take his fall
Shattering glass shell everywhere
Yolk busting out and wise men bustling.
All those regal horses rather got in the way
So that when I tried to put him back together
All that was left of the man was a fat cat licking
the ground where he'd fallen,
and smashed shards
gleaming white in the sun.

Dutifully I fixed the cracks
Humpty is now
Held together
With glue
And money
And yet when I peek inside
The yolk is gone.

Not being much of one for analysis, make of this as you will.  Updating Humpty Dumpty with modern adhesives has worked a treat - after all I think it's a bit outdated to be relying on King's horses and King's men to do our dirty work.

Out Hunting with Google (and the Lorax)


I went hunting along the great plains
In the grasslands of google
where the googlebeast roams.
Deep, deep in the network
Of binary code
the google was playing
and bringing me things
such as Facebook and elephants
tied up with string -

A bunch of bananas some shoes I don't need
And don't forget that marvellous thneed
Yes, the google will bring you old clothes by the dozens
Enough for your aunties and uncles and cousins

Just watch when you are searching out on the plains
The google is useful, it can even be nice
But keep your eyes peeled it can change in a trice
Its colours will alter at the flick of switch
one day its your best friend
And the next it’s a bitch
(a not very polite one that bites
and craps on the carpet
and refuses to rhyme)

Damn that googlebeast, fickle by chance
Leading me on this circular dance
I can't find a website with the stuff that I want
And so my dear friend I will give you the grot

The lies and the falsehoods the truth and the tales
The arc that was built without any nails
The hides of the google are not to be found
And when it's mischievous it will go to ground
And infect you with bugs that will turn you around.

Yes, it's as useful as poison put out for the mice
But still, it is free - and well worth the price
And when you are searching where else can you go -
Well, I guess that is something only the Yahoo suits know.

Look there - now I'll stop moaning, and set all of you free
For I've found what I wanted - yes, finally
Some party night potions, an explicit DVD
and the site selling little blue pills - illegally. 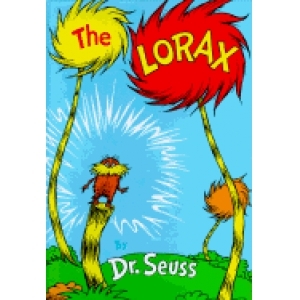 ok this poem has to be posted with apologies to the late, great Dr Seuss.   I wrote it awhile ago and it's probably going to be one of those poems that is never quite right - at least not in my head because it tracks off  - wherever it damn well feels like it - and eventually had to be holed up into a corner and shot - just to behave even slightly.

A.J. Ponder
Author of Quest, Prophecy, Omens, Miss Lionheart and the Laboratory of Death, Wizard's Guide to Wellington, Attack of the Giant Bugs - a You Choose Science Adventure, and The Frankie Files 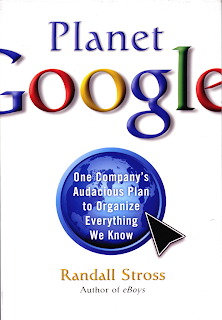 You intrepid hunter
You fearless prey
I'm led through your alleyways
By the nose,
Wrong way streets collapse without danger.

Time wasting
That's where it's at -
Did you know?
Or was it merely a fancy passing

This poem may or may not be completed - it's relatively recent - but having spent an entire day meeting teachers etc... and trying to figure out NCEA and topic choices for my two darlings for 2012 I'm not entirely sure of anything.  Even that Google isn't the biggest waste of time in my life is questionable.  No, actually, thinking about it  that would be facebook, hands down.  And the two kittens.  And ....

You'll have to forgive me people, it's been a hard week -- and kittens (you know who you are) no more getting into fights and getting septic paws - you hear?  I'm trying to get on with the biggest gobbler of time I know - writing.  It is fun though, and sometimes I even have a good excuse to search for just the right -- Google.

For more poems up on the Tuesday Poetry Hub and its sidebar follow the yellow brick road....or this linky thing here.

P.S. There are some pretty cool "Google Beast "logos out there - but I'm pretty sure I don't have the rights for them. Personally I'm rather fond of the Spaghetti Monster Logo.  Also the Muppet logo was fun:)