This is not a #posttruth world

Facts are not confetti
to be thrown in our faces
Journalism is not he said she said
it's the building up of a picture
a story
a truth
without partisan political
or monetary bias.


Facts are:
#StandingRock police are militarised
#WaterProtectors have been brutally injured
#WaterProtectors were met in freezing temperatures with a water-cannon rubber bullets, pepper spray and more.
There is a police blockade across an important bridge
One that would allow better access to emergency services?
Why should this be denied them?
It's been a long time since the safety of the bridge was questioned
Find an engineer already.
I mean, seriously
The lies are thin as a coat of
whitewash

It's said we live in a post-truth world - but the truth is the organisations that give most of us our news have failed us. "He said/she said is not the news, not when the reporter have evidence that one side is lying. But it's more than that, news has become about ratings, not about truth, it has become about what corporations want reported, because that's where the money is. So now very few sources of media are working for us. The Guardian is one of the last major stalwarts. But it can't tell the truth alone, on almost no budget. So yes, it could do better.

Standing Rock is one of the clearest illustrations of the injustices of the modern world, and the way media can ignore, twist and distort a story about peaceful people, protecting the drinking water of millions against an oil company who has bought a supplied a militarised police force who have used their new "toys" to seriously injure men and women who posed absolutely no threat to them. Something that has been clearly documented. But look now. Online evidence (as I know from a previous cause) can be quickly removed. And what cannot be removed will be discredited or muddied with false evidence. The police at Standing Rock changed their story 3 times within 24 hours after a particularly brutal action - as they discovered the protestors had footage that clearly showed their lies. (Nov 20 2016)

A girl had her arm mangled so badly she'll almost certainly never get the use of it back, another was fighting to keep her eyesight days later, after she was assaulted by a chemical weapon that would be illegal in international warfare. And hundreds battled hypothermia after being blasted by a water-canon in freezing temperatures. This is against Waterprotectors who have been so fiercely non-violent that they even managed to diffuse a pipeline worker who drove into their campsite and threatened them with a gun. (There is video)
I've seen this before. Truth turns to lies, and vicious public attacks as people are silenced "for the greater good." So remember "Those who would give up essential Liberty, to purchase a little temporary Safety, deserve neither." Benjamin Franklin

Below are the techniques used to prevent us from seeing the truth. Watch out for them. And stay safe.

Media Techniques to watch for:
1. Lying by Omission
2. Controlling the Debate
3. Scripting and Synchronizing News
4. Politicizing Everything
5 Chasing and creating buzzwords and memes
6. Asking the Wrong Questions
7. Closing down the topic - or airing it like the birther conspiracy long after it was dead.
8 Triviality and Distraction
9. Outright Lying

Stand up
Stand up
wherever you are

when it comes to threats -
You think fascists respect
your acquiescence?
Yeah,
As much as Hitler respected
Neville Chamberlain?
A good man,
if not a great one.

Stand up
Stand up
whoever you are
and stand tall
knowing your life matters
racism is not "a mask"
donned on fundamentally good people
to scare their grandmothers -
It's a cancer,
a hate
that eats you
from the inside -
An affront to us all
Replacing love with hate
until only bitter loss is left

What are you standing for?

And so in that spirit three sets of links: Standing Rock, Environmental, and sites that promote democracy.

http://www.fairvote.org/  - promoting ranked choice voting - so split votes don't leave the least popular candidate in power.
http://voter.org/ - assiting voters and fighting voter suppression
http://libertytreefoundation.org/ - promoting the popular vote winning so all states are equally important in an election in America
There is also democracy international - but I suspect the best way to promote democracy is to find a grassroots organisation in your area and get involved.

Amnesty international  http://www.amnestyusa.org/news/press-releases/amnesty-international-usa-to-monitor-to-north-dakota-pipeline-protests
No DAPL site with petition and upcoming events http://www.nodapl.life/
There's a wonderful indigenous site, but I can't find it. Probably, hopefully incompetence
search #NoDAPL or standing rock
One of the YoungTurks {Jordan) has also been extensively covering the protests. https://www.youtube.com/playlist?list=PLqSpk99bLYIRhTrDy1WU4xR5xqTDT4KCP

Circle of Life 3: The facts of life

It's your farm
Do you dare collect up those snakes
within two years?
Or will you burn down the farm?

Dear American friends, I know you are angry and frightened and tired and outraged, but now that you appear to have walked right up to the precipice, please don't fall. There are local grass root organisations you can join that will help pass legislation to prevent voter suppression, gerrymandering and other insults to democracy. Some even call for modern systems like rank choice voting, to encourage people to vote with their principles, rather than for the lesser evil.

I say this because I believe in democracy and I believe the seeds have been sown. Reporters are being threatened with 45 years in jail for filming civil disobedience.  Habeas corpus has been thrown to the wind. And millions of people have lost their right to vote. I protested in Wellington not so long ago with my daughter and we couldn't have felt safer, so it brings me to tears to see the protestors at standing rock being treated so badly. I believe that whether you agree with them or not protestors should be able to protest peacefully. 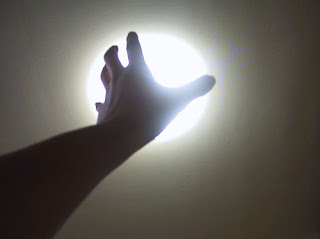 Liberty Tree is one organisation that appears to be fighting the good fight, but if you don't like it, I'm sure there are others. Some advice on surviving autocracies is on Autocracy: Rules for Survival by Masha Gessen. I found it easier to search Rule # and get the gist of the article before tackling the whole thing. It's all a bit overwhelming, if it gets overwhelming go to Rule 6# And if that doesn't help, ring a friend or phone a help line. You are strong. You are worthwhile, and you can help. Feeling helpless is the worst of it. I know because the medical bureaucracy was happy to watch my son die, but I fought, and fought, and now at last, with the correct medication he's finally stable - but only because I WOULD NOT, COULD NOT, GIVE UP.

Dream it
Demand it
Democracy Now

With all the love in the world
A.J. Ponder

(An SEP is someone else's problem, but corporate power is everybody's problem) 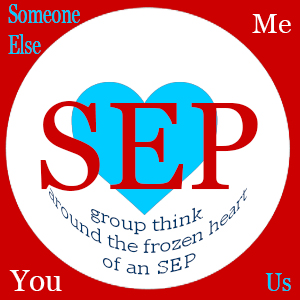