I met a traveller from an antique land
Who said: "Two vast and trunkless legs of stone
Stand in the desert... Near them on the sand,
Half sunk, a shattered visage lies, whose frown
And wrinkled lip and sneer of cold command
Tell that its sculptor well those passions read
Which yet survive, stamped on these lifeless things,
The hand that mocked them and the heart that fed;
And on the pedestal these words appear:
`My name is Ozymandias, King of Kings:
Look on my works, ye mighty, and despair!'
Nothing beside remains.  Round the decay
Of that colossal wreck, boundless and bare,
The lone and level sands stretch far away"

I just love this poem, and the vastness of it, the overwhelming image of the great and mighty thrown into dust.  I only hope Helen can forgive me because she posted it up not so long ago.

Interestingly enough this poem was written in 1817 in a friendly competition with fellow poet, Horace Smith.  (Isn't Wiki useful?  - although poem shape was endlessly more interesting from a writing point of view with an analysis of each poem (even if the conclusions were a little pedantic). And although I agree Shelley's Ozymandius is far and away the better poem, I rather like Horace Smith's last few lines -

Where London stood, holding the Wolf in chace,
He (the hunter) meets some fragments huge, and stops to guess
What powerful but unrecorded race
Once dwelt in that annihilated place.

I think it works better at a remove from Ozymandius the statue - not only because Smith's vision compares poorly to Shelley's - but because the two images in Smith's poem are clashing.  The green image of London turned to forest sits badly against desolation and desert, so that instead of enhancing the feeling of waste, the reference diminishes it - and yet I still find the possibilities of a wild London rather inspiring and I wonder that Smith didn't forget the whole desert motif and truly move onto the wild green pastures that he hints at :)

Anyway, I hope you enjoyed this foray into the past
A.J. Ponder

A flame
small
lost.
The wind grabs it
and it shivers -
come close,
protect it with your hands.

A flame...
a fire...
an inferno.
You gotta respect that
from a distance. 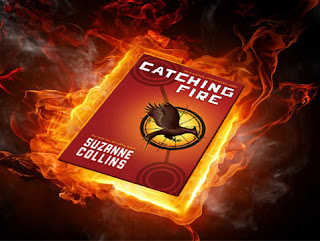 There's all sorts of burning happening over the last few weeks - mostly peoples money going up in power bills.  And the mash up - fire with book - not quite appropriate, but I saw the "Catching Fire" title and I thought wouldn't it be fun if I could mash it up as a book catching on fire.  It might not be perfect, but I think its worked well enough, after all I'm not exactly known for my art so there's not much of a reputation there to lose. Besides, Suzanne Collins is a great author, lots of fun.

I hope everyone is having a great week.  And to make it even more exciting you may want to visit the Tuesday Poem hub here, or my review for A Dance with Dragons/Game of Thrones at the Rona Gallery blog here.

The Face of Beau

It's beauty
pageant season.
Every profile
a revelation
in
make believe
dressed to display
smiling faces
plastered into -
shoehorned into -
the perfect dress
glittery
slinky
devil may care.
It's beauty pageant season
what the hell should I wear? 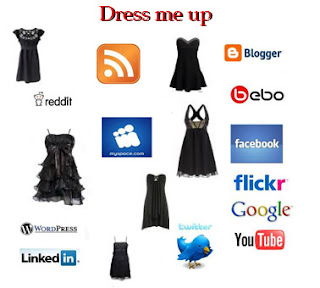 Winter has decided to hit hard, power cuts in this weather seem rather excessive hardship, and yet Wellington is full of smiles.  The wonder of snow right outside the door.  On the hills by the sea.  It is like we have all been transported to somewhere else.  It seems, finally Wellington has found a number it enjoys wearing - but for how long? 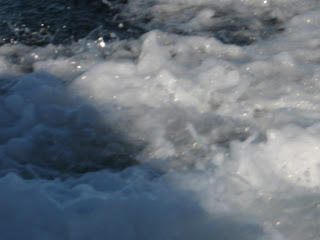 After all
Poetry is for the mad,
The troubled,
The ghosts who lock themselves within galleons adrift

So now you must choose
To fly far to distant lands
Far, far away from this uncertain brig
Where I lie
My breath thrown
higgledy-piggledy around me
In uncertain
indecency

Or return to your cell.

An exciting weekend because I was lucky enough to have my poem, "The Trouble with Time Machines" published in "Eye to the Telescope," .  Check out in particular "Rapunzel," by Mary Victoria but there are also some great poems by people like Helen Rickerby (first up), Janis Freeguard, Peter Friend my oft partner in crime, and the surprising Joe Dolce, (better known for songs such as "Shaddup you Face" than his poetry).  Edited by the redoubtable Tim Jones its well worth a look - because as Tim says, 'Whether you love poetry, you love SF, fantasy, and horror, or you just want to find out what on earth speculative poetry is, there is something for you in "Eye To The Telescope 2".'

Also received my contributors copy of Challenge magazine, with "Survival" co written with Peter Friend.  Of course it's not Frankie, as my kids are quick to point out.  Thanks guys - but the magazine is absolutely awesome and I'm so proud to have been a part of it.  :)   I even bought some extra copies from Australia because I knew it would be popular and I'm already running out!  They're mine.  All mine. 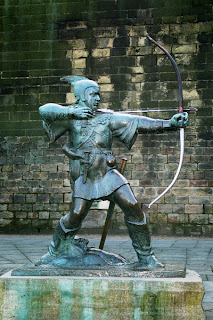 Unfortunately American Politics has been rather big news this week.  And maybe I'd be almost as oblivious of it all if it wasn't for a certain program - (turns to camera) Damn You Colbert!  So what's new?  Politics, power and corruption are a world-wide phenomenon.  Of course, like NZ Americans have free speech and equal rights but it seems "some people are more equal than others".  Here Colbert explains how corporations' free speech is infringed, so I guess its lucky a certain decision went their way.

Here in little old NZ I don't think many people believe such a thing could never happen after all money and politics is relatively closely regulated, but we are buffeted by what is happening overseas.  And of course our system isn't perfect - which is why NZ, we need our own political comedy.  How else am I expected to have any idea about what is happening in the outside world?  After all the news is too depressing, and parliament is enough to induce catatonia. Besides, surely in this economic climate laughter is the best medicine :)

More poems can be found here at the rather awesome Tuesday Poem Blog. This week's poem is Wild Bees by John Griffin, but wait there's more, visit the side bar to the right to find the blogs of many wonderful NZ poets and authors.  Enjoy