Someone told me long ago
that it would end this way

Tho' I keep searching for
An answer,

Of the pain you feel,
Maybe it's raining
Or the sun wont shine
I know


I've had two songs going through my head for a long time now, "I should have known," by the Foo Fighters and Johnny Cash's version of "Hurt" by Nine Inch Nails. There are a couple of other lines that have been thrown in (attributions below), but this song poem, "My Empire," could just as easily been called "Earworm"...

If you enjoy poetry, why not check out the poems at the Tuesday Poem Blog, free every Tuesday.

(Also included Whitesnake, "Here I go again," lyrics, John Fogerty's "have you ever seen the rain," lyrics, The Eagles, "Desperado," and maybe even afew from Joss Whedon's "Once more with feeling." And if I have accidentally placed an unattributed line, please don't hesitate to say. Have a great week!

thanks for dropping by,
A.J. Ponder
Posted by AJ Ponder at 4:15 PM 1 comment:

Email ThisBlogThis!Share to TwitterShare to FacebookShare to Pinterest
Labels: empire, end, Fire, I should have known, my sweetest friend, poem, song lyrics

Poetry for Beginners, by Surfing the Web


Reading poetry well is part attitude
and part technique
So, here we are, our first lesson.

Prepositions
After all isn't grammar
what poetry is all about?

Actively seek inspiration
from under your desk,
I suggest folding the
13 Ways of Looking Exercise
into a dart-
and watch it fly

You need not make sense or unify
your thoughts
Time this step for 2 minutes.

So, now your teacher has turned the other way,
retrieve the dart
and remember,
poetry
is as much about subversion
as schooling.


Go on, rebel a little, and enjoy the poetry this week on the
Tuesday Poem Hub  ;)

P.S. Lost in the museum now available on Amazon here

Tuesday Poem: Dance of the Tarantella by A.J. Ponder

Dance of the Tarantella

my invitation was the smallest thing,
one might
presuppose
There is no hope
other than the whirl of
your colours in the night


only darkness
soft and yielding

as the world tumbles by
and other dancers call,
slapping their hands
in a denial of the truth

let me hide quiet in the shadows
for truth is silent,
my bite is less deadly than thine


A poem :)
check out more on tuesdaypoem.blogspot.com/

It's Tuesday - and I'm almost finished a huge project so here's a taste... 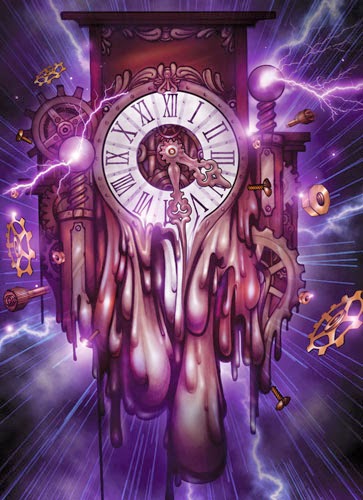 I know you are all dying to see the cover of the book I've been helping with the production for :) So I thought why not put up the pitcures, as the poetry for this evening. The cover art has been done by Geoff Popham - and it's amazing. I can't wait to see the book itself!

And underneath is a mock up (not quite the final) of the cover...

I apologise for the lack of (word) poetry, but it's amazing how much time it takes to put an anthology together, even if I'm not doing all the work. Certainly "Lost in the Museum" wouldn't be as fab as it's going to be without the help of Paul Stewart and Mary Mac. But mostly I'm pleased that it's almost ticked off my to do list.

Looking forward to more time on my own projects, it's going to be a busy year...

Have fun reading, maybe writing a little, and of course, enjoying the amazing poetry on theTuesday Poem Hub 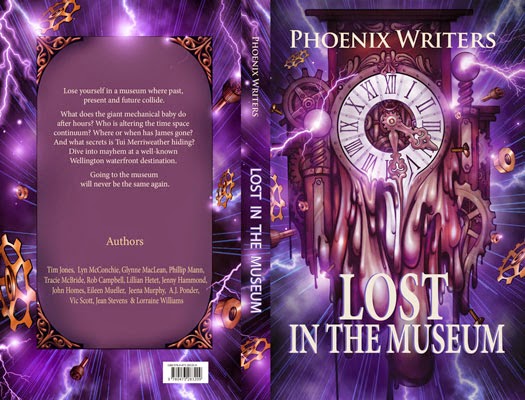 It's the Tuesday Poem's third birthday. And to celebrate the occasion poets entered a line. so I'd like to thank these lovely poets -Michelle Elvy, TP Hub sub-editor, with Mary McCallum and Claire Beynon for the fantastic job they made of using poet's lines to form mini poems of birthday delight.

So why not go to the Tuesday Poem blog and check it out?

Watch out for my line, it has an explosion!


As for the rest of my activities, I'm helping edit and typeset "Lost in the Museum," so gotta run, so much more to do - working on the back blurb...

"Get lost in a museum where past, present and future collide....

And have a great birthday! (Or unbirthday if you prefer.)

PS please excuse all the font issues. Will try and sort another day.