The Portal to Fairy Tale Poetry 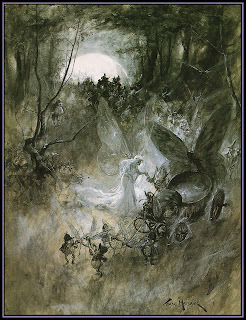 As a bit of a late birthday bash I decided to do a little Fairy Tale Poetry Portal this week - So here are a few links to Fairy Tale poems (alphabetical), and the portal poem is below

A Cloak for a Fairy by Anonymous
"Spider, Spider what are you spinning?"  An old favourite that might not precisely be a fairy tale, but still...

A Pict Song by Rudyard Kipling
To be fair, this may not be so much a "fair folk, or "little folk" poem, so much as one celebrating the power of the powerless

Elegy for Jabber, by A.J. Ponder
Lewis Carol got it wrong... a science fiction take on the original fantasy.

The Fair Folk/The Fairies, by William Allingham
Up the airy mountain, down the rushy glen... need I say more?

Fairy Land, by William Shakespeare; If You See a Fairies Ring (Anon); and I'd Love to be a Fairy's Child by Robert Graves.

Fairy Tale, by Katherine Mansfeild
I'm not entirely sure how to describe this poem, but it's worth a visit.  Even though I'm not sure I've managed to wrap my brain around what exactly she was thinking when she wrote it.

Fairy Song by John Keats
Shed no tear! oh, shed no tear!
The flower will bloom another year....

Fey by Helen Lowe
This careful poem starts with an open door...

Frozen by A.J. Ponder
A poem referencing Hans Christian Andersen's Snow Queen and C.S. Lewis' White Witch as much, if not more than the Disney adaptation, Frozen.

Happily Never After parts one, two and three -
Where the narrator and the characters of a play have very different ideas.

The First Chorus: by Catherine Bateson

Inspired by the little mermaid

In the Wood of Finvara, by Arthur Symons
"I have grown tired of sorrow and human tears..."

Jabberwocke, by Charles Dodgeson (Lewis Carol)
Absolute favourite.  What can I say.  Utterly charming and brutal.

Little Red Riding Hood and the Wolf, by Roald Dahl:


Not my Best Side: by U. A Fanthorpe
The Dragon the Princess, and the Warrior Saint all have a turn to talk in this witty poem.

Snow White, by A J Ponder
Snow White always seemed too sweet to be real, (although I admit I preferred Snow White and Rose Red, at least she wasn't just waiting around for some male to rescue her - she was too busy rescuing the male - and that's how I remember it even if it's not exactly true - so please no contradictions). So anyway this is the whole beauty and the beast side to the idea that white and pretty and sweet is good and we should not be seduced by such fantasy. Ask any diabetic.

The Stolen Child by William Butler Yeats
WHERE dips the rocky highland
Of Sleuth Wood in the lake,
There lies a leafy island
Where flapping herons wake...

Stolen Time, by Alicia Ponder
...And twenty years, they rushed by
The night I passed that way...

Truths and Fairy Tales, by A J Ponder
Or should that be lies and fairy tales?

Tuesday: A Poem:
While some might argue it is not exactly a fairytale, it is a legend to celebrate Tyr, the Norse God of Tuesday, and left handed god of the sky. My lines were: "but the righteousness of battle; a sinister champion of single-armed combat, under the sky." - because of course, I couldn't resist the double meaning of the word "sinister" and was hoping like mad nobody else would put it in first.

This Way to Grandma's, by A J Ponder The wolf is taking you up the garden path, run along now.

Go now, I say, while you are able
Enjoy the rhyme or hate the fable
See picts and pixels,
Take my hand,
And come explore this wondrous land.


To me fairy tale and fantasy are almost synonymous, although of course the traditional legends and fairy tales are of marked importance because they have survived, and they have survived for a reason. They say something about life that is important, so important that it is best couched in metaphor, or in an enhanced setting. There is a romance attached to these pieces, but more than that they speak to the soul in a way that facts and reality so rarely do. 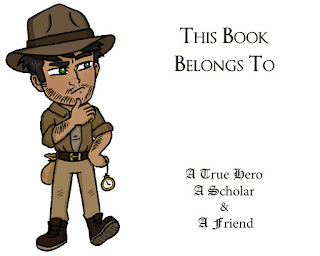